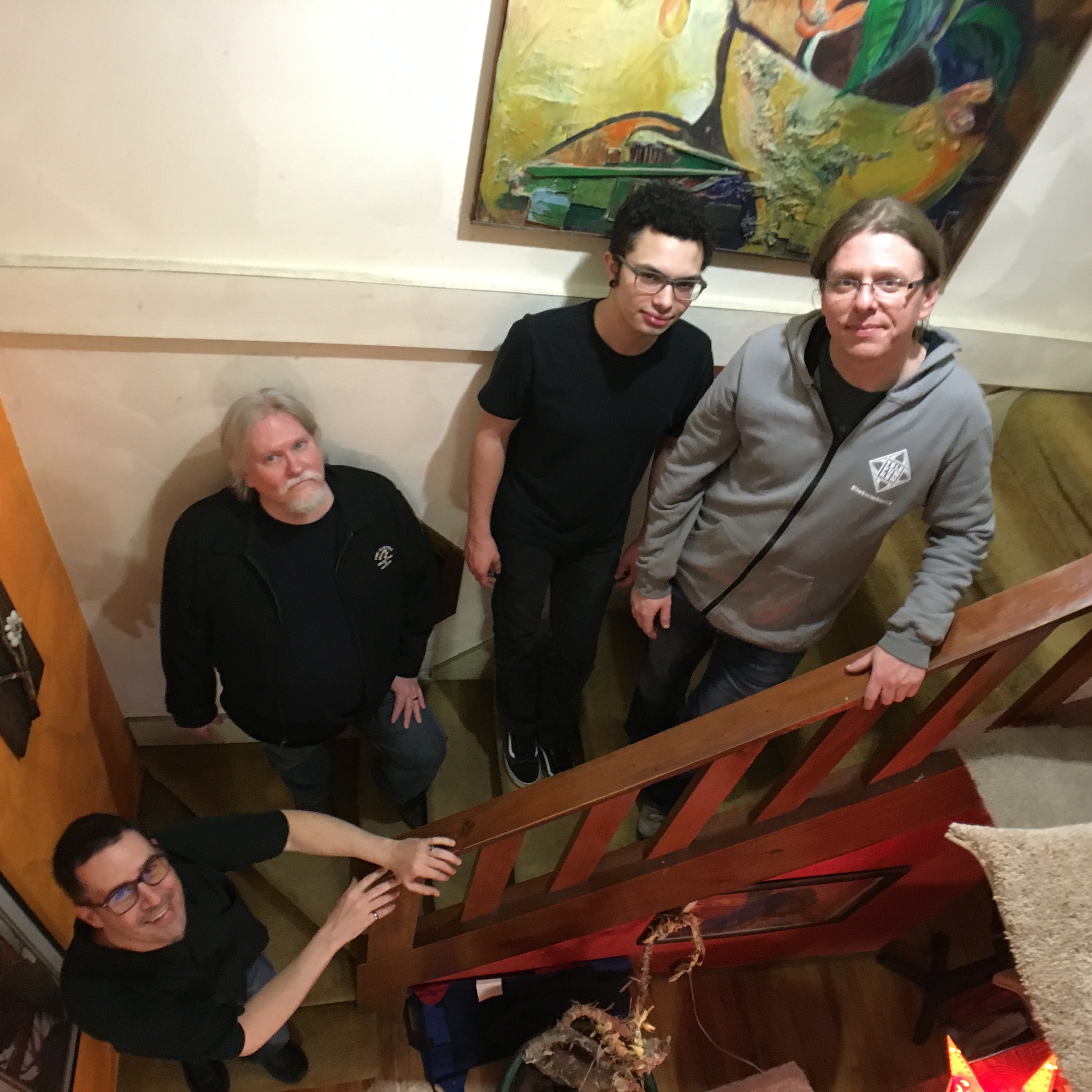 I used to write a blog entry after each and every meeting of Honker. Then, like most things in life, it stops being shiny and new. It starts being old and boring at best or, like many relationships, filled with drama and issues that we don’t want to share. We generally just want to share positive stuff.

Maybe that’s not the best idea, maybe we should share negative stuff. That way, it may help others see that they are not alone. I don’t know, but if it helps, me and everyone I know face challenges with health and relationships and life in general. You get over one thing only to be met by some other bullcrap… never ends as far as I can tell. So you’re not alone if life’s got you down. If there is an answer, an antidote, a medicine it is MUSIC! Now onto more positive things.

The lineup of the band has changed since the last entry in the “Honker News” category. I feel bad for not making a big deal of this anywhere else on this site or at any earlier time. Please start clapping right now, wherever you are, and keep it going for about a minute for HG Thor on guitar and Jeff Howard on the drums!!! I made a brief welcome to HG in the entry for his first show with Honker.

I am not sure what, if anything, I wrote welcoming Jeff Howard to the band so let this be the OFFICIAL WELCOME.

Jeff Howard is also in the band Raibred and is a kick ass drummer. He joined up with us in 2017 and his first show was a private party. His first public show with Honker was Binghamton Porchfest 2017- audio and info here. His groove reminds me once in a while of my old buddy Matt Murphy from Yolk. Jeff has great taste in music and drummers. He takes influence from a variety of styles and twists it into a listenable and compelling beat.

HG Thor is a bit of a legend in our humble town and has been rocking the guitar since the day he was born [just about, anyway]. He is the craftsman who did the epoxy job on my fretless bass. He tells a story with his guitar licks and his tone is quite amazing. I am not personally into effects and electronics that much, well, HG is the opposite. This guy can build effect pedals and knows electronics and amps. His tone is so well crafted it is ridiculous. HG is an exciting complement to Honker’s sound.

And don’t forget Tim Linkroum has been rocking your MF-ing socks off with me since 2014!! With this line up we have been writing new material and figuring out the soundtrack to 2018.

The very latest song we are working on sounds a little bit like Foo Fighters and is tentatively titled “It’s a Lie”. This song, like several of my songs, is inspired by the vast corruption in both political parties and rampant in our society.

That’s all I have for now. Believe in music, good night!

One thought on “Catching up with Honker in May 2018”