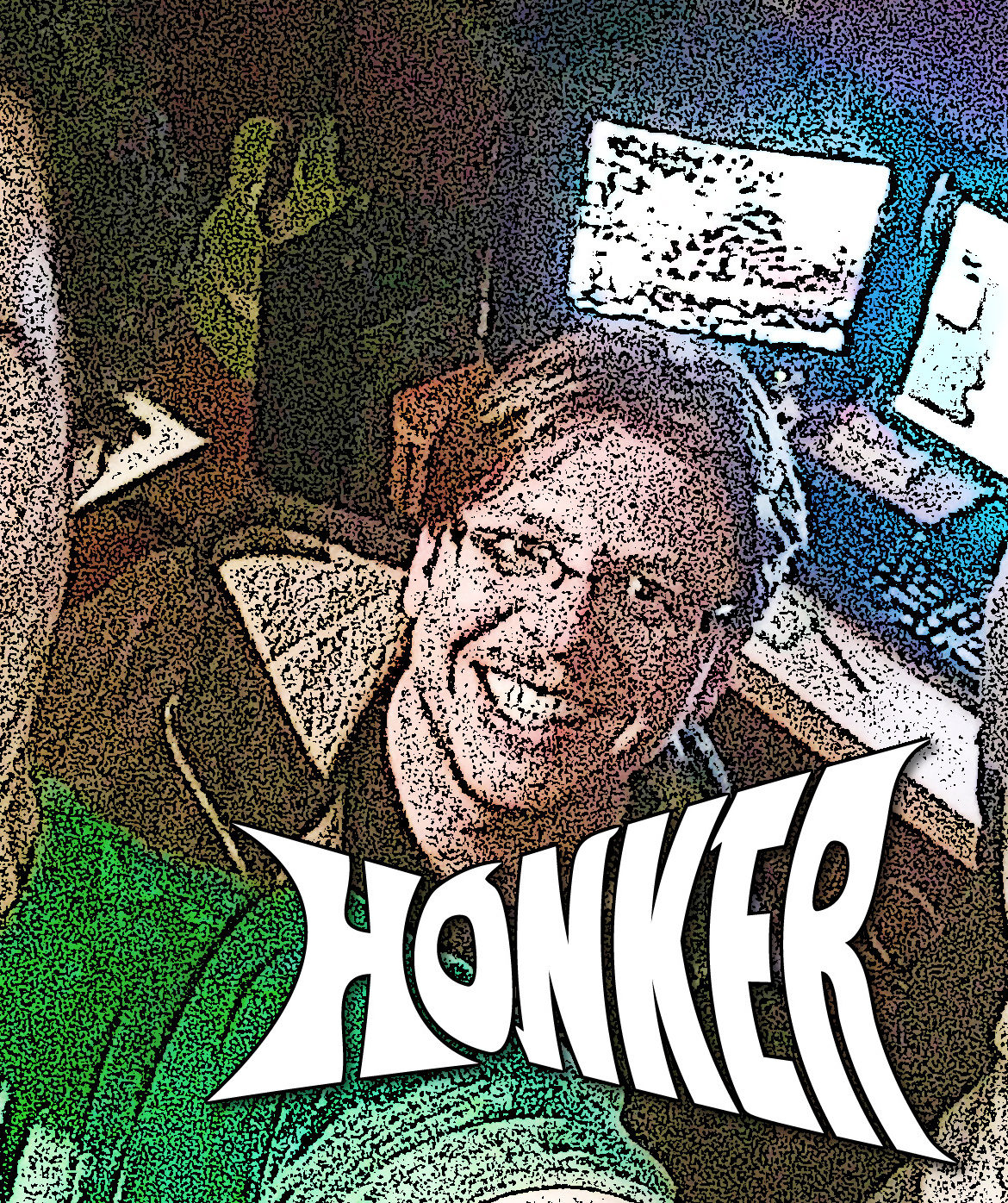 Honker is not coming for your guns but that’s a sweet, click bait headline if I ever saw one.

I used to write about Honker after every practice. It’s been a while so here’s the update.

We parted ways with our original drummer, Matt Massie, last summer because life took him in a different direction. Then we played several shows using drums that I programmed on my phone using Garage Band. That was a good way to do small, quiet shows but I’m pretty sure Honker needs to ROCK!

The biggest news of the past few months is Honker has another (human) drummer and he rocks. Jeff Vazquez is a talented, rock and roll super hero who plays drums better than Keith Moon and John Bonham combined! …well maybe… but seriously Jeff can PLAY and Honker sounds great with his energy in the mix.

At this moment we have zero upcoming shows although there are a few festivals we hope to book. But don’t worry, you can see Honker live every week right here on the Net!

We have worked hard to set up broadcasting capabilities at HHQ. We have multiple cameras and sixteen tracks of direct audio signal. It’s a quality production and keeps getting better. We do our best to put out a new episode every week. We have tons of fun and have many ideas for upcoming episodes.

Here is our most recent episode:

Besides the broadcast our mission right now is to write new material. We are not going to settle for anything less than amazing on this record. The last record has some work that makes us proud but we could do better. I feel like I personally need to throw down some sickness or else it’s just not me. It helps that Vazquez is a sick drummer with ambition that does not quit. There will be some more aggressive and challenging songs. Some weirder stuff, something more in the Mr Bungle and Tool sort of vibe.

There will be SUPER cool guest musicians on this record. I have permission to say who they are but I’m saving it for a later post. This is going to be awesome music.

Sharing is caring. Turn your friends onto Honker! Thanks and be well.