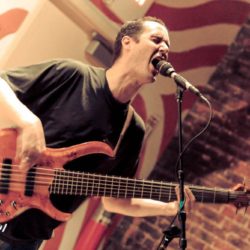 April 7, 2016May 27, 2017Jim
Good evening music fans, come along and take a journey through the latest happenings with Honker.
Tonight we’ll talk a little about our show last Saturday
and then take a look at what happened at practice tonight.

Honker rocked Galaxy Brewing Company in Binghamton, NY on Saturday, April 2, 2016.
What a night, what a night, what a night!
We had a great time and we thank each and every fan for coming out.
I don’t get out as often as I used to, I am a bit of a curmudgeon.
Point is, it really means a lot that we saw your faces there, thank you.
The folks at Galaxy are first class, excellent hosts.
I didn’t try the food – come to think of it, that kind of means they owe me dinner –
but the beer is fantastic.
They really know what they are doing
and it makes me proud to see such high quality craftsmanship
right here in our humble town.
Thank you Galaxy for having us. 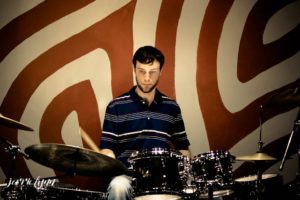 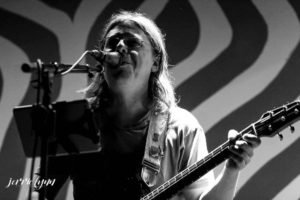 Like I said, we had a great time and as far as I can tell so did everyone who came out.
At the moment we do not have a next show but I predict it will be within a month or two.
We’ll keep you posted.
So we got together tonight at Honker Headquarters.
We did a lot more jamming and improvising than we do when we’re prepping for a show.
That was fun, and we also did a rendition of “Stink Foot” by Frank Zappa.
It was our first time messing with that song and it came out quite nice.
So you’ll probably hear more of that from us later.
Aside from what we played there two things worth talking about.
First, new technology over in Tim’s corner.
He got his hands on this gizmo called a Roland GR-55.
Freaking WOW, man… yowza!
This thing can produce unbelievable sounds.
He’s barely scratched the surface of what it can do,
but already this is a game changer for Honker.
As a three piece band, we’re always trying to figure out how to fill up sonic space.
This new machinery is a welcome addition.
The other thing worth talking about is live streaming.
We set up the appropriate hardware, software and such so that we can live stream
to the Honker YouTube Channel
from HHQ (or anywhere for that matter).
So we did our first bit of broadcasting tonight.
We put out about 45 minutes of live material for any lucky soul who
happened to catch the facebook post at the right time.
It seems to have worked as expected.
We could always use better audio quality and maybe a better camera,
but this seems to open up huge possibilities.
I have so many ideas for how we could use this.
After all, we are in the digital content business,
what a fun way to create digital content.
Then of course, we would keep archives of past episodes.
There is much to ponder about this idea.
Be on the look out for more live stream events from Honker.
That’s all I can think of for now.
mmm buh bye!
–jim
Scroll Up