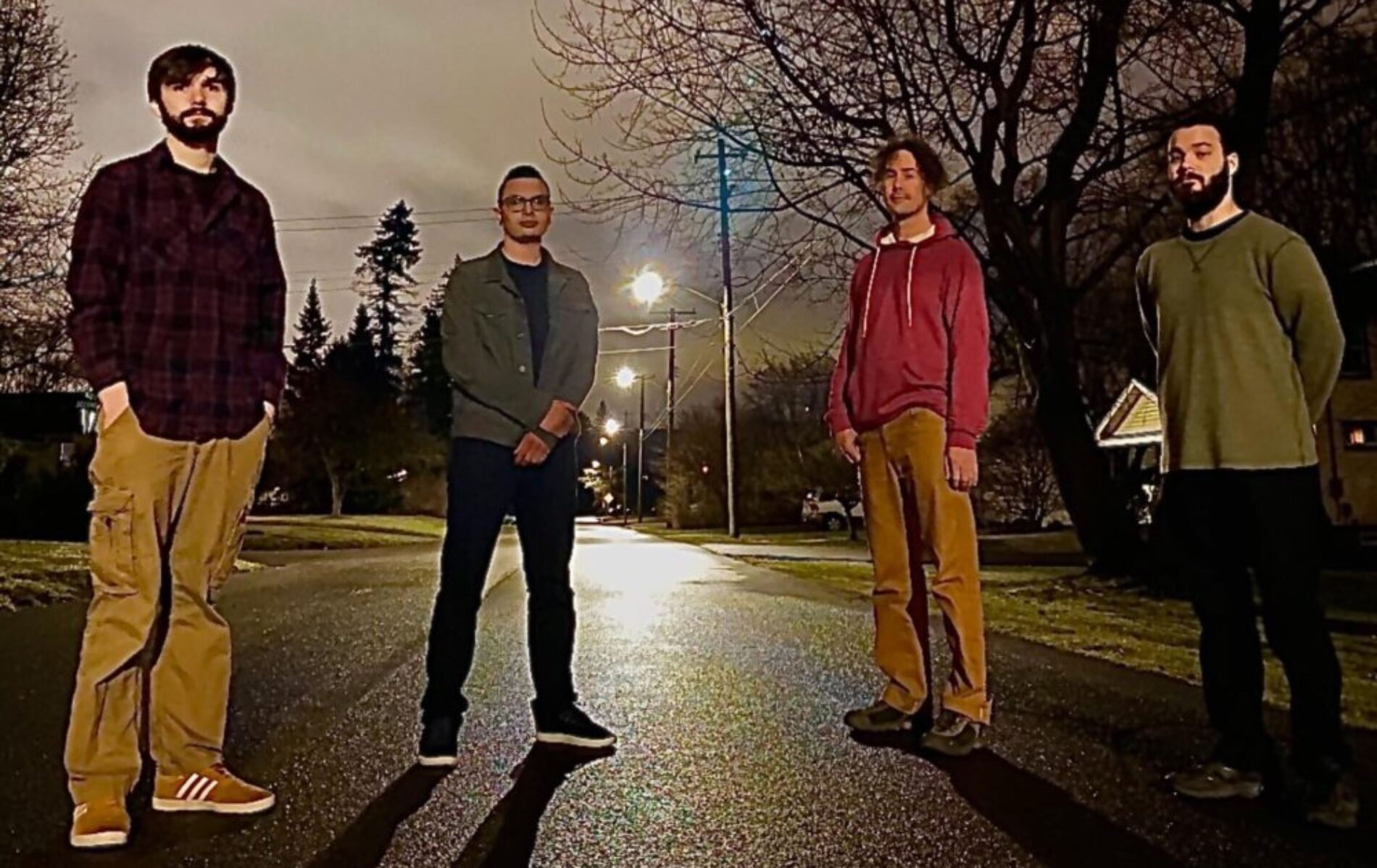 Here’s an accounting of everything I can think of to tell you about Honker, our history and who we are. This is from the perspective of me, Jim Lomonaco. Let’s face it, we’re not in the “music” business, we’re in the “digital content” business so here’s a few bytes for you (and Google-bot) to chew on.

Honker is a band of three musicians: Tim Linkroum, Matt Massie and me. At this point, I play electric bass guitar and sing lead. Tim plays electric guitar and sings backup. Matt plays drums. We all can sing and play several instruments so, in time, we expect to utilize as many of our talents as possible in this group. All of us contribute to song writing.

In early August 2014 the three of us begin a weekly jam session in what will later become known as Honker Headquarters. This is Tim and Matt’s house. They got a house out in the hills a few months before this and set up the whole place as as jam room and recording studio. Yes! One of the worst parts of being in a band is finding a place to practice. But we don’t know we are a band at this point.

The three of us have day jobs. We are not sure we are trying to form a band. We are just getting together to let off some steam and rock out for a few hours. Some people have a golf league or a weekly bridge game, we have a jam night with no other specific goals.

I’ve seen this happen before. Someone will move away, or have some life change, or there won’t be chemistry, or for whatever reason this will fade into nothing. No problem – we all know anything might or might not happen – we don’t care, we’re just some easy-going guys who like music. Whatever happens, happens, we’re going to have us some fun while we can.

But wait a minute. We have some chemistry. Wait, I think I am having feelings I only vaguely remember from a long time ago. There’s something here, not sure what, but it is becoming obvious we have something, that subtle energy that is indescribable. We don’t know what it is but we have to harness and nurture it. We’re gonna grab hold and see where this takes us.

After a few jams we realize this is going to get boring fast if we don’t try to write some songs. Turns out, we have an easy time of exchanging ideas and creating together. By December 2014 we have a decent start on three original songs and another three cover songs. Its around this time that we decide to be a “real” band, you know, come up with a name and everything.

We named the band Honker because it is a wonderful, wonderful word. Say it a few times: Honker…….. HONKER….   honker….. are you smiling? Probably.

We kick the project into high gear in January 2015 when Tim comes in with an offer for our first gig. Tim plays acoustic and sings at several of the fine nightclubs around the Binghamton area. We, at this point, are not really thinking about gigs. We barely even have 30 minutes of material. But Tim has a gig he thinks will be good for Honker and this particular one is too good to pass up. The circumstances may never come about again. So we commit to a one-hour show to be performed on the 11th of March in 2015. Now we better get producing and we’d better be tight!

What is this gig you ask? Allow me to name-drop for just a moment. (We’re a young band, we gotta do what we can.) In the 90’s I was in a band called Yolk. That band was good friends with a band called moe.. In fact, Jim Loughlin from moe. was the drummer of Yolk for a few years and played on the record Individually Twisted. Well, turns out, moe. is now a pretty big deal and they are playing at The Forum Theatre in Binghamton on 3/11/2015. Honker has the opportunity to play a pre-show party being promoted to the moe. fans to come over and get “Tuned Up” with Honker at Dillinger’s in down-town before heading over to the big moe. shindig. Perfect type of gig for us to let the world know we exist. So…. since I am friends with those guys, we might be able to get one or two of them to come to our gig, and maybe establish a good relationship so, yes, we are taking that gig. Hell yes. We will figure out some way of being ready by that time.

So in roughly three months – and keep in mind we have day jobs, we’re not giving this very much time – we come up with seven good original songs and three cover songs and can fill about an hour or so. You can’t do that without the amazing chemistry between the three of us. We did not learn songs that we had already written, we wrote material specifically for this show. Good songs that we are proud of.

And we pull it off! It is our first show and it is very well received. I am pretty sure we make some people happy, I know I am happy. We have an awesome time. Make new friends, see old friends. We hang out with moe. for a while. The whole night gives us some amazing memories – the night Honker is born.

So what’s next for Honker? We’re just getting started. I won’t lie to you folks, we would not mind making a few dollars out of this project. This is America and all. So we need something to sell besides being really, really, really good looking. (For some reason we’re not profiting at all from that.) We need to write and record enough funky-ass music to be the soundtrack of the next decade or so. Writing and recording in whatever time we can scrape together. Figuring out the Honker sound. That is the current focus.

That’s where we’re at. It’s a short history with some already great moments. We’ll keep you posted on whatever else starts happening.