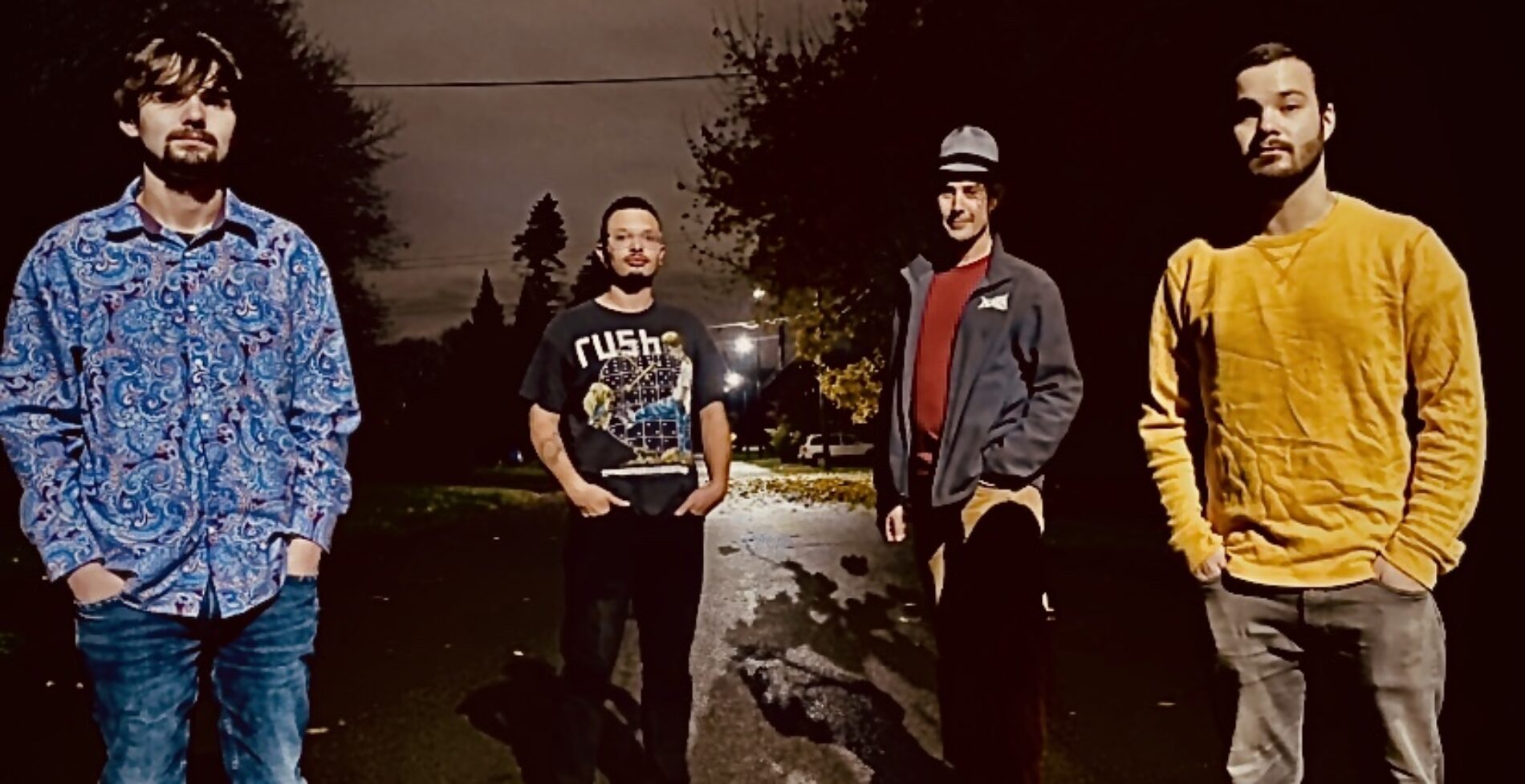 Okay it’s blurry – best we could do – so here’s what it says, third bullet down:
April 2nd (Saturday) – Honker… Local legend Jim Lomonaco (from Yolk) & company promise to bring it!
What, what??? Whoa boy, never been called a local legend like that before.
I shall do my very best not to allow that to go to my head,
but I gotta admit it feels really good.
I would also have accepted "Local Crackpot" or "Local Curmudgeon" or even "Village Idiot".
Thanks to everyone who voted for me. 🙂
And honestly folks, you would not be seeing Jim Lomonaco doing anything if it weren’t for
Matt Massie, Tim Linkroum and Honker!
This is really the right mix of personalities where our organization manages
not only to be creative, but productive and fun all at the same time.
If anything is legendary here it is Honker.
We’re all going to make a lot of great memories together starting next month.
So we are quite well settled into the new Honker Headquarters.
It is a more lively sounding room. Fun to play in there.
Plus it’s big enough that we can position ourselves like we would on stage.
We have been practicing twice a week for a while now.
We want to really blow your mind at this show.
I don’t know if that will happen, I hope so.
Here’s what I know, we are going to have a great time.
The band is so well rehearsed that we are ready for whatever will almost certainly go wrong.
We are relaxed, we’re breathing.
We are finessing these flows with a certain amount of maturity.
What I am trying to say here folks is we have worked our butts off to produce
some fine quality rock and roll music and a kick-ass rock and roll show to go with it.
We sure hope you will come out to Galaxy Brewing on 4/2/2016.
Not only can you expect at least 50 minutes of completely original music,
but we have some great covers in store.
The latest is Althea by the Dead and Blue Collar Tweakers by Primus.
We have about 8 or 10 covers in store for a killer 2 hour set.
Here’s a clip of us rocking "Believe In Music" this afternoon:
That’s all I can think of for this week. Thanks for stopping by!
–jim