What Are We Doing?

Good evening music fans, here’s the story with Honker.
We are having a great time with live streaming.
In tonight’s blog we’ll talk about that and what’s on the horizon for Honker.

Okay, so we’re having loads of fun with live streaming.
If we are going to stream, it will usually be on a Tuesday at about 8pm Eastern time.
This is fairly new technology and we are really interested in
sharing our music this way.
This is not instead of but in addition to whatever actual shows we can get.
By "fairly new" I mean Facebook only released the service in April 2016.
[Honker on Facebook]
Before that we were streaming to YouTube.
[Honker YouTube Channel]
I do not know exactly when YouTube released their service,
too lazy to look it up right now, but likely it was within
the past four or five years, maybe less.
Nothing like this existed the last time I was in a band.
What an amazing way to put our performances, our music,
right in the palm of people’s hands.
Culture is shifting such that we consume entertainment from a smartphone
so that’s where Honker needs to be.
As I’ve said before, it is not so much the music business as the digital content business.
Really, we’re in the having fun business.
Maybe there’s a way to monetize this.
Only way to find out is to make it.
So, our model currently is to stream live to Facebook,
then edit the videos into segments and post them to YouTube.
Here’s last week’s episode.
Segment One: Intro and songs
Segment Two: Interview. REALLY CRAPPY AUDIO, sorry.
Segment Three: Jam and last song.
So that’s our pilot episode. We have some killer ideas to make it more fun.
If we are going to stream, it will usually be on a Tuesday at about 8pm Eastern time.
We hope to get set up to go weekly as often as possible.
Then we could do other special event stuff depending on what happens with Honker.
What else is happening with Honker?
We’re talking about maybe a show with our friends Raibred.
[Raibred Facebook page]
Those guys are super fun and talented.
This will be a great show when and wherever it happens.
We’ll keep you posted.
Otherwise we’re writing songs.
I have three songs I am working right now.
These have some basic frameworks and some funky riffs,
but still need lyrics and a lot more "flight time"
before we can share ’em.
Tim’s got a few zingers in the works too.
Plus we are really developing our improvising skills.
Tonight’s practice was amazing.
Sorry we didn’t stream it.
Tonight was just for us.
I am playing the custom 4-string fretless all the time now.
Tim’s got some great new sounds from his midi unit.
I think we’re developing a really cool sound.
We hope you like it.
Thanks for reading!
–jim
Categories: Honker News 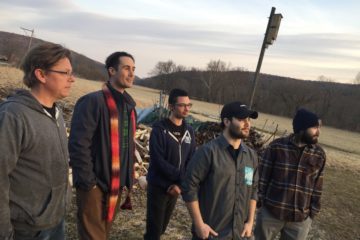 We regret the Cyber Cafe will be closed on Saturday night (1/19/2019) because of the expected storm. The Honker show will be rescheduled as soon as possible. Thanks everyone and stay safe this weekend!! 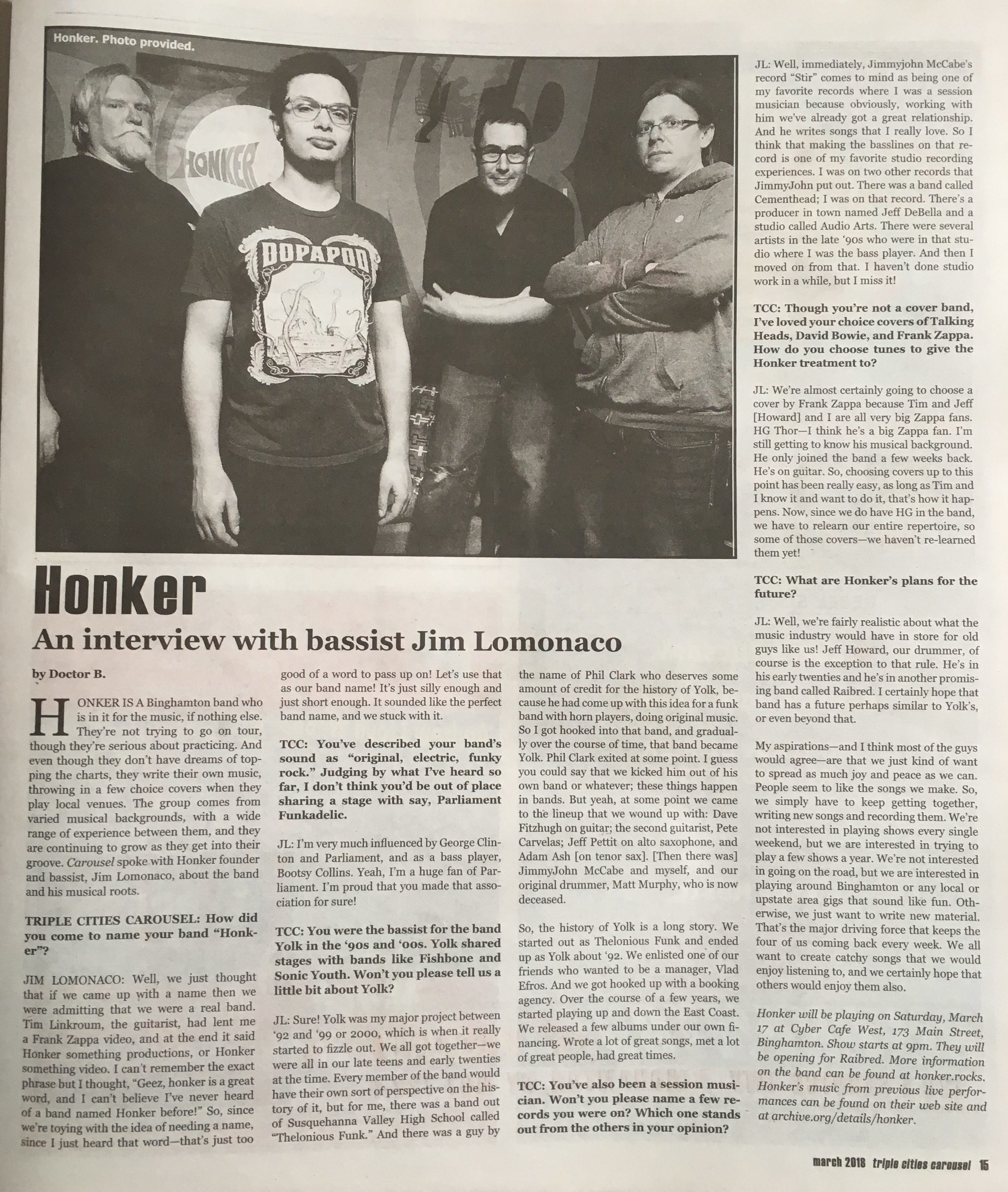 “Triple Cities Carousel” was an awesome music, arts, culture and entertainment mag in the Binghamton area for about 5 years. The first issue was March 2013 and the final issue was, sadly, March 2018. There Read more…