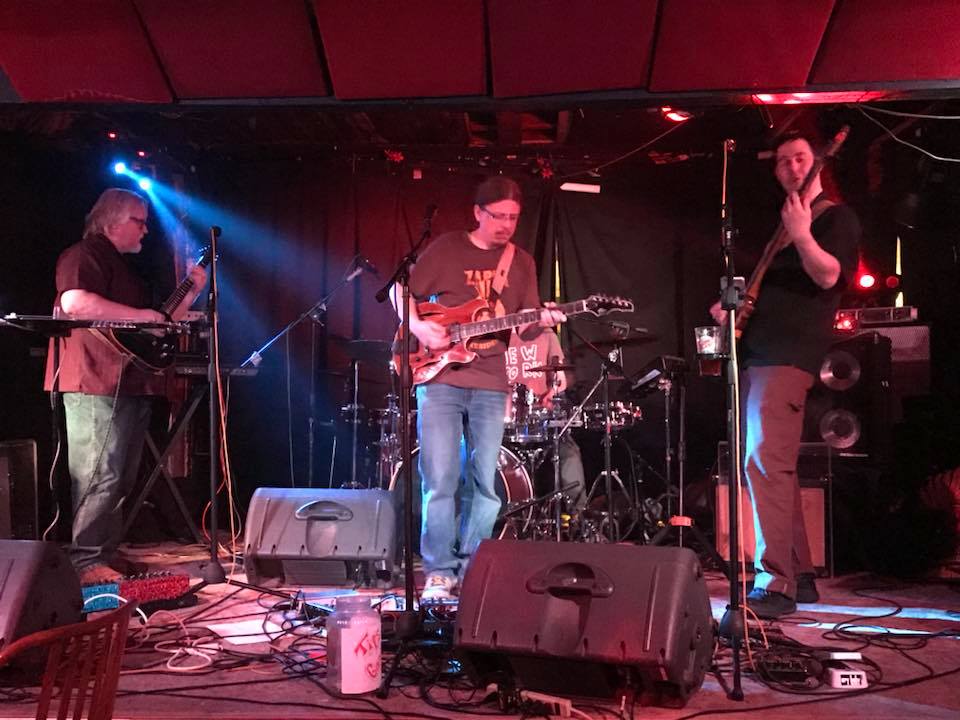 Here is streaming audio of the show:

Folks, this show was really something special. Honker is so very thankful to Raibred, Raibred fans, Honker fans and the Cyber Cafe West for such a memorable time.

It is right now late night, after the show and I really don’t know how it sounded – what I know and what matters is this felt amazing. This lineup is going to create great things and tonight was just the beginning. We introduced so much new stuff tonight and pulled it off well.

This page gets created before the show and gets updated with whatever information is available continuing after the show has happened. We try to link to or post any video, audio and pictures after the show to this page.

Honker welcomes HG Thor to the band! The lineup listed above has been getting together consistently for four or five weeks at this point and Honker has never sounded better.

HG is a great guy and great player. His work ethic and down to earth personality fit right in with Honker. His tone is so thick, it goes on for days. His playing can get fusion-ish at times and ranges right up to as heavy and funky as Honker aims to be.

Unless something else comes up, this will be HG’s first live gig with the band. We will probably do a live feed or a video before then to give you a taste of what’s to come.

If you’re following, Honker has the ten songs we released on our album Believe in Music. Since then we’ve stumbled a few times to get to the line up we have today, and now we’re back to the business of writing new stuff.

If you were at porch fest or our previous show at Cyber, then you heard our unreleased song Street Lights. As of now, we have three more in the pipeline!

Naked is kind of dark, kind of surf-ish, kind of Jazzy. The interesting parts of that song are a guitar melody instead of a chorus. There are verses with vocals, but the chorus is this biting guitar melody. It also has an arranged instrumental section that gets into some interesting rhythms and time signatures. It is fun to have a song with an orchestrated musical section as opposed to an improvised solo section. Don’t get me wrong, I adore the improvised solo sections but there is no need to be limited, I also like arrangements.

Next new song is called What Can I Say. The hook is a medium tempo funk groove in 4/4. The verse however goes into a syncopated 3/4 beat that flows nicely, feels funky and actually sneaks in the fact that it is 3/4. Lyric wise it is kind of a prayer. It’s about not wanting my dog to die – a situation I, like so many of us, will face many, many times over in life.

Next new song is a quick little 60 second ditty. It is all instrumental. It is arranged like a TV theme song in that it has a few very compelling parts and it switches fairly quickly between them. It could be stretched out but this song has a purpose for now. This will be the opening theme song for our live broadcasts, Live from HHQ.

So we expect to play the four new songs, plus all the songs off Believe in Music and hopefully one or two other fun things. Maybe some unexpected cover, maybe some totally expected cover (like Cosmik Debris), or maybe something improvised, or all of the above!